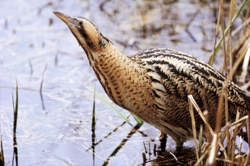 Following a very soggy British summer, it seems many of our much loved and most endangered birds, mammals and insects have suffered.

Heavy rainfall and flooding has swept away the young of many creatures, from water voles to swallowtails and partridges to bumblebees.

Tragically in the case of one of the most endangered birds in Britain, the Bittern, many nests were washed away in a single wet weekend.  Also suffering a similar fate were lapwings and grey partridges.

However, mosquitos have had it good as they breed in stagnant water, resulting in a dramatic increase in numbers. While you apply the repellent, why not email Gordon to show your concern about our crazy climate and avoid more mozzie bites in the future.